For years, our nation’s healthcare leaders have struggled to reverse alarming trends related to maternal health. Despite efforts, the U.S. maternal mortality rate has continued to rise, while data suggests that 66% of all pregnancy-related deaths are preventable.

As healthcare leaders leverage the most recent and accurate data available to help mitigate this crisis, sepsis is causing more maternal mortality and morbidity than previously known.

Maternal sepsis is a life-threatening condition that arises when the body’s response to infection causes injury to its own tissues and organs during pregnancy, childbirth, post-abortion, or the postpartum period. Because of the immunologic response to pregnancy, a woman is more susceptible to developing infections that can lead to sepsis.

Sepsis is often referred to as a “silent killer” because it’s commonly overlooked by providers and patients. When sepsis symptoms arise, they are often mistaken for other medical conditions or incorrectly assumed to be related to an existing medical issue.

This circumstance is especially dangerous for pregnant women. Pregnancy and delivery cause many changes in the body, including a faster heartbeat, changes in blood pressure, and faster breathing. Additionally, many women experience fatigue, dizziness, or pain after labor — all of which are signs of an infection, but these symptoms are often viewed as normal physiological changes after giving birth.

Like sepsis, the management of maternal sepsis is dependent upon the time it is recognized. As a medical emergency, the risk of death from sepsis increases by as much as 8% for every hour that treatment is delayed, and an estimated 80% of sepsis deaths could be prevented with rapid diagnosis and treatment. The importance of timely treatment for sepsis makes accurate diagnosis critical.

The changes in guidelines and protocols for maternal sepsis management have done little to help an already complex diagnosis. As terminology is refined, best practices are updated, and healthcare teams must be reeducated.

In clinical practice, chorioamnionitis (an infection of the placenta and amniotic fluid) was widely recognized as a significant risk factor for developing sepsis. However, after years of stalled progress in reducing and treating maternal sepsis, healthcare leaders began to question the generality of chorioamnionitis as a medical term.

In theory, the term lacked specificity that jeopardized patients’ safety. Much like asthma, for example, there are minor, moderate, and severe levels of chorioamnionitis that were unrecognized. In 2015, the National Institute of Child Health and Human Development (NICHD) recommended that chorioamnionitis be replaced with intrauterine inflammation, infection, or both (Triple I). This change in terminology aimed to provide more structure to the diagnosis, offering better and more specific treatment protocols.

Despite recognizing the NICHD’s recommendation to use Triple I, ACOG has moved forward with “intraamniotic infection” as opposed to chorioamnionitis. This inconsistency has perhaps led to confusion and contributed to variation in practice.

With the change in terminology and guidelines comes the added challenge of adopting best practices and reducing variation in care. Research suggests it takes 17 years for hospitals to adopt a best practice after evidence proves it effective.

The reality is — there are significant amounts of variation in maternal care despite the national evidence-based guidelines and protocols focused on care in the areas where women die most commonly in pregnancy and after delivery, including maternal sepsis.

A key driver to help lead this change is physician-required education and training geared toward data-driven improvement. Healthcare leaders must hold physicians accountable to know their data, own their data, and improve care based on their data.

Multidisciplinary training is also key. Data shows that when the full labor and delivery team receives the same education and training on an ongoing basis, mothers and babies benefit from a truly team-based approach for providing care.

Relias OB (formerly GNOSIS) is truly unique in its multidisciplinary education approach, ensuring that the entire labor and delivery team are following the same evidence-based best practices, allowing them to provide care and communicate as a true, unified team.

Editor’s Note: This blog post was recognized in the Media/Publications category of the Spring 2022 Digital Health Awards. 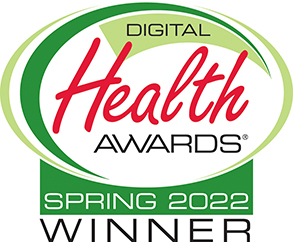 White Paper: How Sepsis Is Impacting the Maternal Mortality Crisis

This white paper demonstrates the significant rise of maternal sepsis, the challenges it brings to the maternal mortality crisis, and how it can be prevented.

Be Prepared for Dobbs Decision Impact on Maternal Mortality

Look at how maternal care and mental health intersect with the collaboration of obstetrics and behavioral health care teams.

What the New HHS Action Plan Offers Moms and Babies

The Department of Health and Human Services’ new action plan aims to make maternal mortality a “never event.” Here are key takeaways for stakeholders to consider.